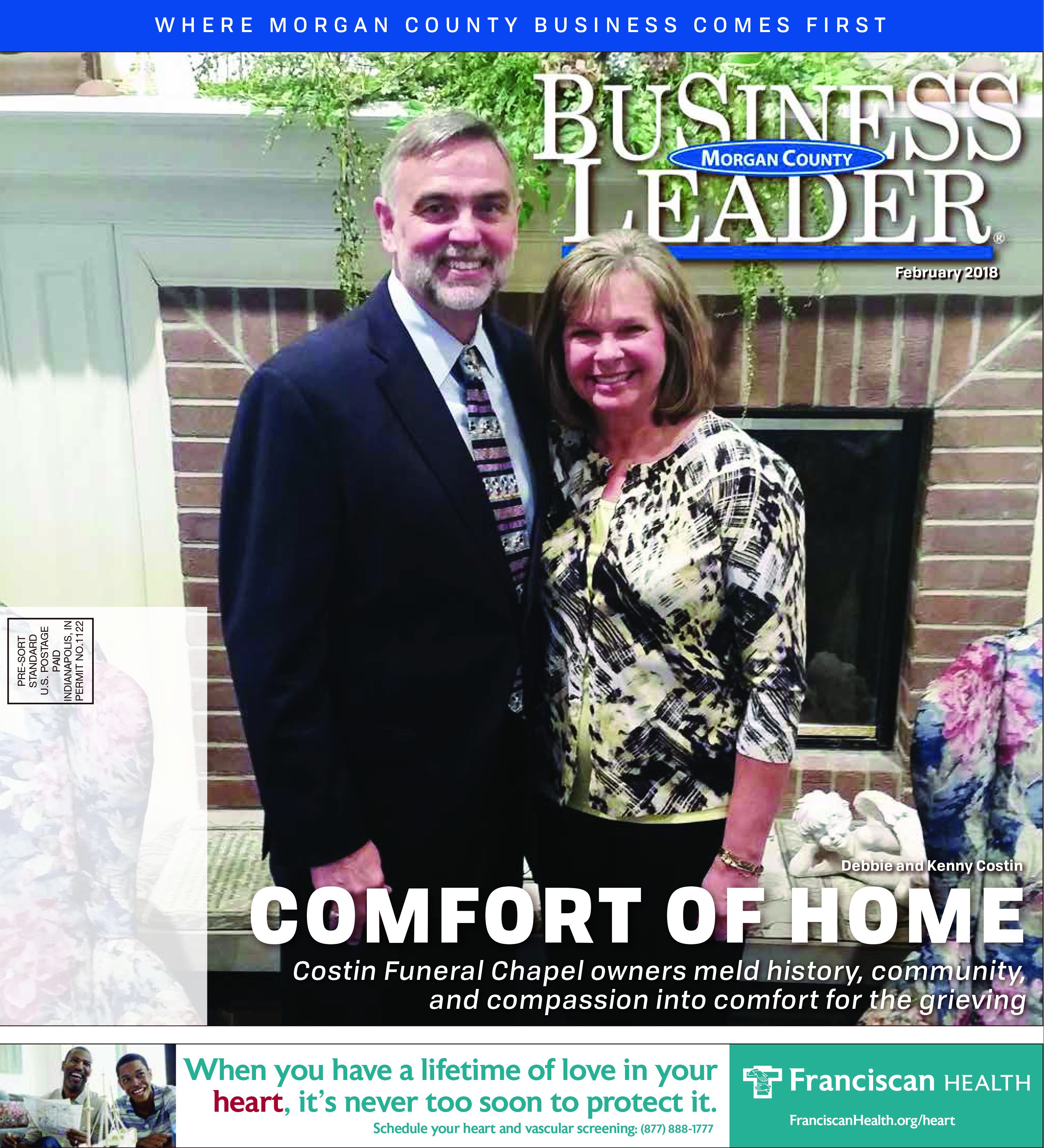 After more than thirty years at the helm of the Costin Funeral Chapel, Kenny and Debbie Costin agree that there’s always a greater plan and patience will bear it out. “We aren’t supposed to worry about it,” Kenny said, “we are to pray and have faith that God has a plan.”

The Morgan County natives weren’t always so sure. When he graduated from Eminence High School, Kenny went first to Purdue to study accounting, and then had designs on playing basketball for a small college in Florida. When that did not happen, he began testing with the Navy to go into the nuclear energy field. While in that process, his brother, David, who was a licensed director at Carlisle Funeral Services in Mooresville, asked him to fill in and help with services there. “I worked there for about a week and then,” Kenny said, “because I needed a job, I asked for one, and Mr. Carlisle took me on.”

It was about that time that Kenny went to the dentist and met Debbie. “He’s not shy,” Debbie said. “He called the dentist and asked if I was dating anyone.” When he was told Debbie had just had a bad break up, he took to heart the dentist’s wish for “good luck” and sent her flowers and they became a couple.

“Mr. Carlisle wanted Kenny to go to mortuary school,” Debbie said. “Kenny was undecided between going into the Navy and going to mortuary school. When he asked me, I figured funeral directing would keep him close by.”

Kenny spent the next year at Mid-America College of Funeral Service in Jeffersonville, Indiana. He graduated second in his class and returned to Carlisle for the next year.

Kenny was only 23-years old when the Cure and Hensley Funeral Home went on the market. Cure and Hensley, located on South Main Street, had been in business since 1923. However, with the death of the principles, the business had declined in the face of competition. Kenny saw opportunity. “I wanted to drive my own business,” Kenny said. “I felt like I was spinning my wheels and going nowhere.”

When Kenny told Mr. Carlisle his plan, Kenny said he shook his head and said, “Kenny, Kenny, Kenny, you are making a huge mistake.”

With Debbie in agreement with him, Kenny said they decided if they didn’t make it, they would walk away and do something else. But with the deal being offered, no money down and a good location, they would go for it. They signed the papers on February 1, 1985. He and his wife were expecting their first child.

The Costins threw themselves into the building of the business and serving the community. Debbie was still working at the dentist’s office to bring a check, and Kenny’s family helped with services. Debbie’s mother watched the children, Amy and A.J., so Debbie could help Kenny.

They rebuilt the business that had dwindled away. “It was through hard work and prayer,” Debbie said. “We were young with a new baby and people saw us. Kenny would be out mowing the grass and I would be planting flowers. The funeral home needed to be updated and we were investing in the property. We were out and about in the community and people saw us and people already knew us. Both sets of our parents had been active in school, athletics, and other community events. We were part of the community.”