Peace Of The Pond 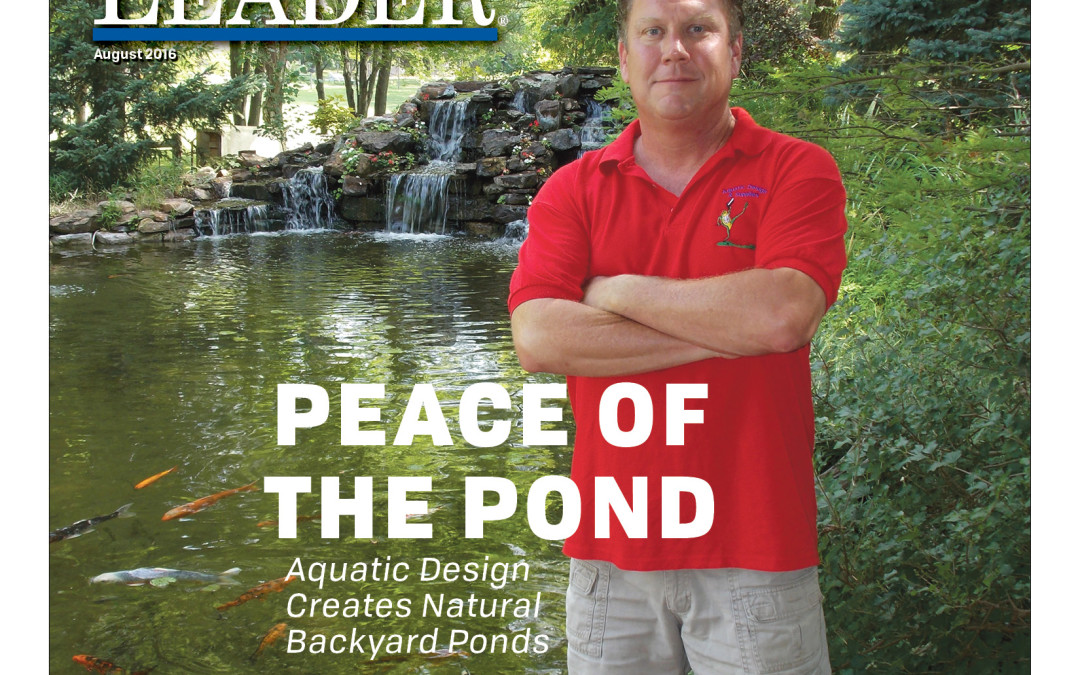 Remember as a kid spending hot summer days collecting tadpoles, turtles, and crawdads by the lake or pond? What a delight to watch the waggling little tails of the tadpoles and to marvel at the claws and shells of lake dwellers.

Dan Lamberson loved it, too. In fact, he created miniature
lake environments in his backyard for the critters he collected
so he could observe them as they grew. He would dig a hole and create a fountain and waterfall with the garden hose. Being 12 years old, he wasn’t concerned with the water bill at all. Many of us left behind the fun of critter-watching and transforming dirt holes into ponds in our youth, but not Lamberson.

By high school he built a real pond in his parent’s backyard.
After seeing it, friends and neighbors asked him to build ponds
in their yards, too. So throughout college where he was studying environmental science, he made extra money by taking water samples for the United States Environmental Protection Agency – and building ponds. Lamberson graduated from Indiana University and took a job with the Indiana Department of Environmental Management.

He purchased two acres of meadowland and a little one bedroom house on State Road 39 and spent time on what had by now become a major hobby: designing and building ponds.