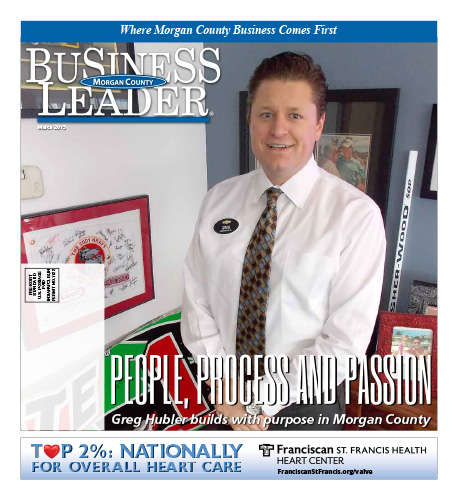 Growing up with the Hubler name, Greg Hubler had lots of mentors and role models in the care business. But the entrepreneurial roots run deep for Greg and his wife, Heidi, the co-owners of Greg Hubler Chevrolet on the edges of Camby and Mooresville. Both had grandparents who left a great impression on the couple. “My grandfather was 85 and he worked until he died,” Greg said. “Heidi’s grandfather works every day and he is in his 90’s.”

The fact is that both of Greg’s grandfathers were General Motors dealers and, in fact, his parents met at a Dealer 20 Meeting they attended with their parents.

Greg says his grandfather, Frank Hubler, was an unbelievable person who he admired. “He had an engaging conversation with every single employee every single day. And his employees stayed forever, some 30-40 years. He was engaged and passionate.” He said the man worked every day until he dies at 85 because his business was his passion, not just a job or career. That left an impression on Greg even as a boy.

Heid’s grandfather, Jim Thorton, built a business based in the oil industry. Customers line up at Thorton gas stations to fuel their cars to this day. Also well past the average retirement age, his work ethic is still strong and he is still active in his business. Growing up with her father, Fuzzy Zoeller of golf (and now, Indy Car racing) fame, she knows firsthand what it takes to build a successful and thriving business.