Positively Impacting a Grade “A” 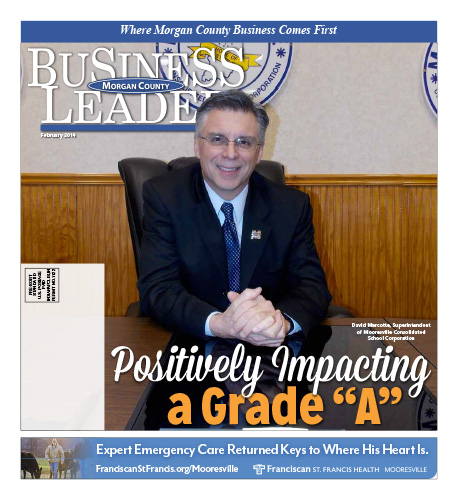 William Butler Yeats, a noted figure of 20th century literature, said, “Education is not the filling of a pail, but the lighting of a fire”. That is the enthusiastic approach in which David Marcotte has stepped in as the new Superintendent of the Mooresville Consolidated School Corporation in January. Though the transition has been complicated with school closings and delays because of snow and record frigid temperatures, David is excited about the semester ahead and the years to come. “Mooresville is a very good school system; they have been well-run, with an impressive academic record, a solid ‘A-rating’ by the Department of Education. I’m not coming in to fix anything; my job is to take a look at every part of our program, whether academic, financial, or anything else, and see what we can do to make a good system even better.”

David comes to Mooresville following a 12-year run in Wayne Township, first as principal of Ben Davis High School (2001-2006), then as personnel officer (2006-2013). He brings with him 30 years total experience in the public school system, 27 of those in Indiana. He was raised on the west side of Detroit. His father worked for the Ford Automobile Company. “In my neighborhood, everyone worked for Ford, Chrysler, or GM…”