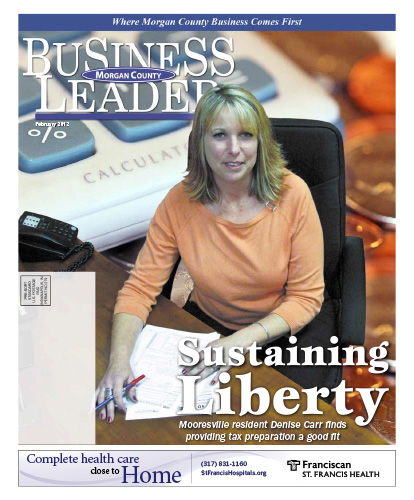 Tax time is generally not something most people get excited about, but then, Denise Carr is no like most people. She has an entrepreneurial streak in her. The kind that sees opportunity, grabs it and learns how to make it work.

In 2008, Carr was a self-employed real estate appraiser looking for some part-time seasonal work. She answered an ad for preparing taxes because it fit nicely with the downtime of the real estate market. She took the training and became a tax preparer for Liberty Tax Service in her hometown, Mooresville.

“I always wanted to be in management and wanted to be an accountant,” Carr says about the thoughts she had when her employer asked her to manage all three locations he owned. She
decided, “If I can have my own business for 10 years, I should be able to manage people and make a profit for the owner. I’ll see where this takes me.” She says she was in the right place at the
right time.

The owner approached her again in November 2010. This time, he told her he had to sell the business and wondered if she was interested in it. She says, “Things are laid out on your plate at a
specific time and place and I think that was my time and place. So here I am.”

It wasn’t easy because when the sale was finalized in February 2011 all three offices were in the throes of the tax season. She says she discovered being the manager is different than
being the owner: As a manager, she didn’t have full access to all the ins and outs of the system and someone else was paying the bills. As an owner, she feels responsible to make sure preparers are
properly trained and the wavers are spotted.

“People are more dependent on me and I want to be able to provide for them,” she says, referring to both her employees looking for paychecks and the hundreds of clients looking for the best refund they can get. “If I fail in my hiring and training, I am letting people down. At least that’s how I feel.”