A Blessing Out Of The Blue 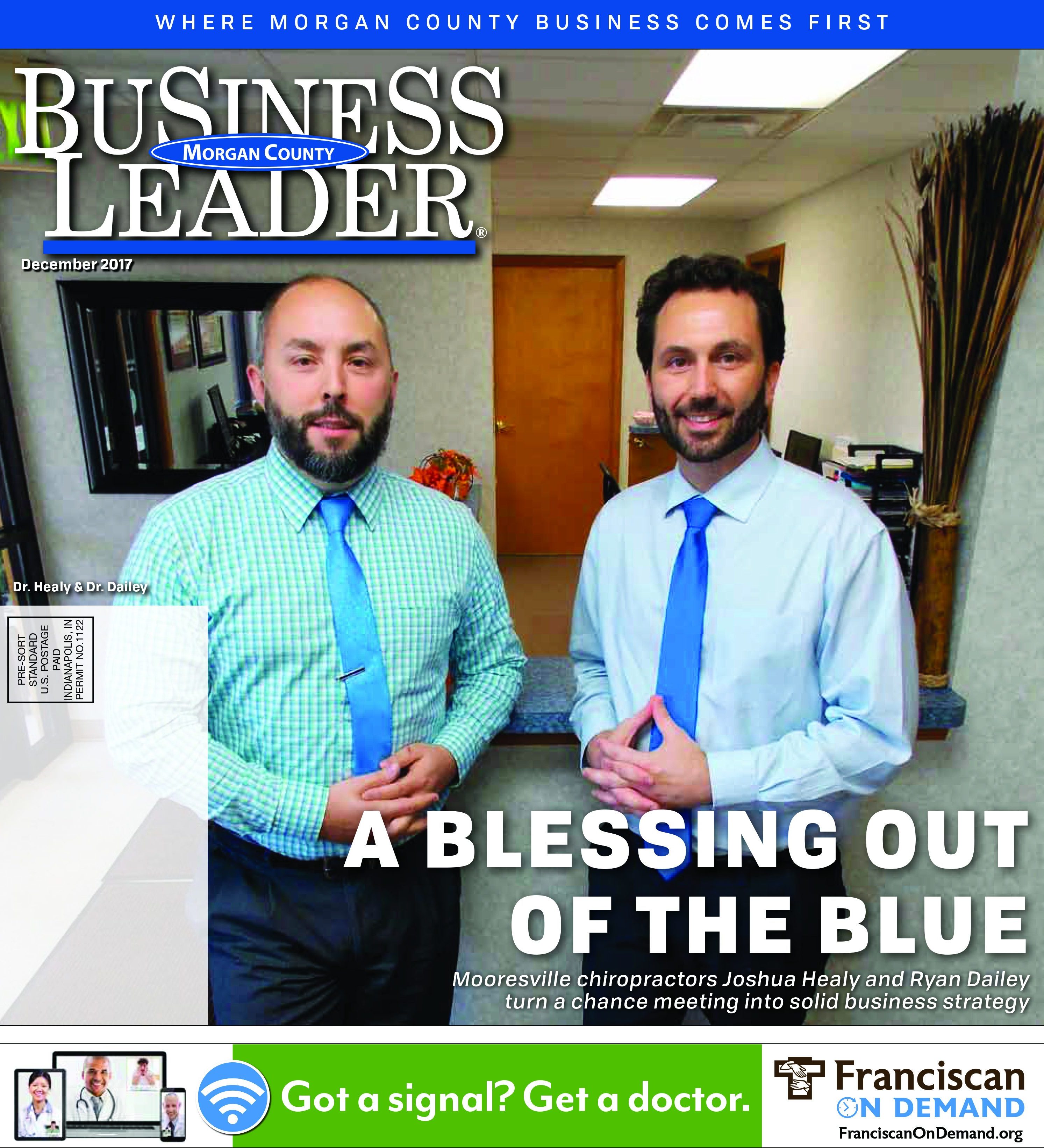 One of the most exciting things about being a small business owner, according to many who are, is that you never know what lies ahead every morning when you rise to shine. Opportunity and challenges are around every corner, just like new faces. And, as Frank Ocean said, “We met for a reason, either you’re a blessing or a lesson.”

For chiropractors Dr. Ryan Dailey and Dr. Joshua Healy, a chance meeting at a Mooresville Chamber of Commerce gathering four or five years ago illustrates the point. Was it happenstance that these two met, or was it fate, destiny? Whichever way you look at it, today they consider it a blessing.

Their first meeting happened around the time that Dr. Dailey had just joined Dr. Kirkling in his chiropractic practice in Mooresville. Dr. Dailey and his wife, Katie, relocated from Terre Haute and had just welcomed their second child, Grace, as little sister to Audri. His professional plan was clear, as Dr. Kirkling moved toward retirement, Dr. Dailey would build his practice. The idea was to provide a seamless transition of continuing care for all the patients until June, 2017 when Dr. Kirkling would retire completely and Dr. Dailey would take over the practice.

Dr. Healy’s chiropractic practice was on a different path. He and his wife, Angela, also had two young children, sons Aiden and Benjamin. He had started his practice, Abundant Life Chiropractic, in Mooresville in 2009 from the ground up and was working on building his clientele.

Both agree that the meeting was cordial, but that was it. They were aware of each other and, although competitors in the same market, both were of the opinion that there was an abundance of opportunity to serve in the area and neither felt threatened.

Besides their profession and being the father of two young children when they met, the two men also had other similarities in their lives. The chiropractors were both student athletes growing up. Dailey was first exposed to chiropractic adjustments as a football player in seventh grade and decided then that being a chiropractor would be a great career. Healy was a basketball player who developed a repetitive injury stress fracture in his back at the age of 14 and the only relief he could find was at the hand of a chiropractor.