Building a reputation on outstanding quality and customer service 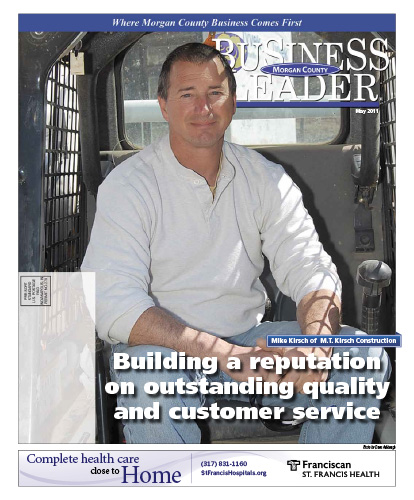 “We’ve been in business for over 20 years, and for most of that time, we’ve sustained ourselves through positive word
of mouth and referrals,” said Mike Kirsch, founder of M. T. Kirsch Construction Company. “Our reputation is the pride of our business. We have learned how to function productively in the current environment and make every dollar count.”

Mike was raised in Bloomington. To say that Mike grew up around construction would be an understatement. “My father’s family has a history with construction that goes back over 100 years and encompassing multiple generations.” According to Mike, a century ago, when a construction company took on a project, they harvested the timber, cut the wood, and constructed with the materials they brought to the job. “I have relatives who have done restoration work on buildings originally erected by our family,” said Mike. “The desire to stay with construction seems to skip the occasional generation, because my father had no interest in it, but through the family, he connected me with a company in Bloomington for my first job as a site laborer. I moved up into supervision in about a month.”

Mike moved to Martinsville in 1986. “My wife is from this area, and I started working for her father, Carroll Tackett, a contractor and custom home-builder,” recalled Mike. In 1989, Mike was pursuing a four-year degree in architectural drafting and design through Ivy Tech. “My father-in-law was looking to retire, and started to groom me to come in with the company,” said Mike. “It got to a point I had so much work, drafting designs day and night, I had to stop a few credits shy of the degree. Tackett taught me about custom cabinetry, woodworking, framing, foundations, how to estimate, order supplies, and how to handle the business side of construction.”