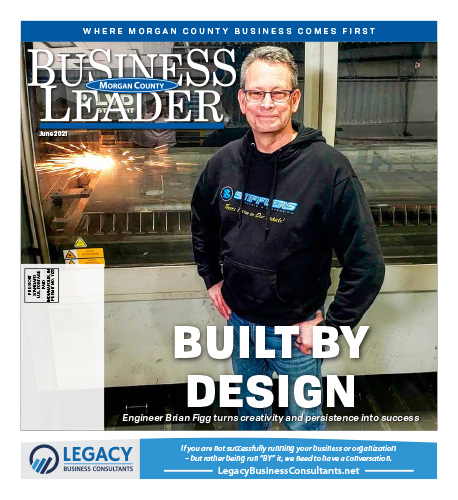 Like many youngsters who grew up in Speedway Indiana the sound of racecars flat out on the track fueled Brian Figg’s dreams of being a race car driver. The proximity of race shops and the cottage industries surrounding them offered the junior high student opportunities to explore the industry. “Racing was my desire, my passion,” Figg said. “I kept telling Amy Watson, daughter of A. J. Watson (renown racecar chief mechanic and winner of 6 Indy 500s), I was going to come out to work at her dad’s shop on Indy cars. I think she got tired of me saying that and finally one day she told me that her dad said I should come on out.” Figg did so and immediately got put to work washing body parts and waxing wheels. “I thought I’d died and gone to heaven,” Figg said.

The next few years he raced go karts and worked in the Watson shop. “On the side I’d buy a beater, fix it up, sell it and then buy another, better, one.” After graduation when all his buddies were going off to college, Figg got a job with Patrick Racing, not as a driver, but as a shop go-fer. In his mind working for a
race team was the pinnacle of success. It was then that fate took him by the hand in the form of legendary engine builder, Sonny Meyer.

Tucked away in the engine shop under Meyer’s tutelage he began tearing apart and building engines. He took to hanging out after work with the team engineer, talking his ears off about race cars and engines. One late night the engineer turned to him and said, “If you’re really serious about this, why don’t you shut up and go to school?” The seed was planted and although Figg considered himself a terrible student, he took the advice and enrolled at IUPUI.

He finished his degree in the Purdue School of Engineering and had a job waiting for him in Ohio at True Sports. At the time, Bobby Rahal was driving the Budweiser-sponsored car powered by a Judd engine. The team was collaborating with the UK engine builder in an engine development program. “I wasn’t labeled an engineer,” Figg said. “I would build the development engines and test them on the dyno.” He also took the opportunity to spend a couple of semesters at Ohio State studying internal combustion engine design and theory.

As with other teams in the industry, eventually sponsorship floundered and Figg found himself looking for a job. He got a call from the Japanese company, KYB, the provider of world class suspension parts and struts. Figg signed a five-year contract. He left for Japan while his wife, Mary, stayed home pregnant with their first child, Korbin. After Korbin arrived, Mary and baby joined Figg in Japan. They stayed for the remainder of three years. The last two years of the contract brought them
back to Indiana where Figg continued his design and production work at KYB’s Franklin facility.

When the contract was up, the company campaigned for him to sign up for another term, but Figg still had the racing bug. He went to work at Speedway Engine Development. He was part of another engine-development collaboration, this time with Cosworth. “It was work, work, work, and a lot of travelling,” Figg said, “and by this time my daughter, Olivia, was born and I was needing to make a change and do something so I could be present more often at home.”

“I left Indy car,” Figg said, “and did engineering consulting for a couple of local companies.” He made it work for a couple
of years. “I thought this was fine, but it wasn’t fulfilling my creativity.”