Committed to Health of the Community 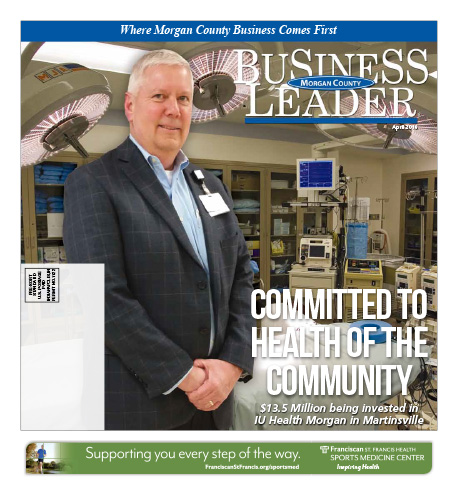 $13.5 Million being invested in IU Health Morgan in Martinsville

A few months before Larry Bailey took the helm at IU Health Morgan, it was announced that the hospital would be transitioning to an Outpatient Facility. Some didn’t notice that a new president was announced shortly thereafter, but zeroed in on the idea that IU Health Morgan would no longer be an inpatient hospital – taking that to mean that the hospital was closing.That perception, although common in the community, is far from the truth. In fact, the IU Health system is investing $13.5 million to transform the facility into one that is designed to meet the immediate health needs of the community in the best manner possible. IU Health is committed to providing medical services to the residents of the county and is making changes to demonstrate that commitment.

The Man at the Helm

The newly named president, Larry Bailey, is not new to IU Health, nor to the staff at IU Health Morgan. “I had been here on an interim basis a few years ago,” said Bailey. “My familiarity with the organization is probably why I was considered to come back here full time.” Bailey currently holds regional responsibilities because he continues as the president of the IU Health Paoli Hospital in Paoli, Ind. He says, “It’s not unusual to have regional responsibilities. Perhaps having the title of president for two facilities that are geographically far apart may be.”