Ignite Your Passion For Barbeque! 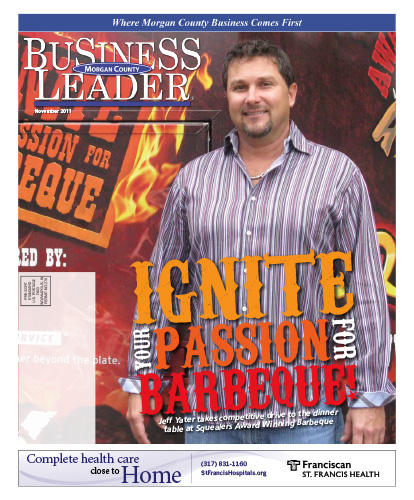 The walls of the Squealers Award Winning Barbeque restaurant on High Street in Mooresville are lined with plaques, awards and trophies that tell the story of Jeff Yater and the restaurant he has built from the bottom up.

“Once I was driving around with my mom and dad and said,‘Wouldn’t it be great to have barbeque restaurants named Squealers?’” remarked Yater, adding that it was funny to them at the time.But Squealers stuck with Yater and years later, the Fort Wayne native resurrected it as the moniker for a profitable hobby: barbeque competitions.In the early 1990s, Yater and his father, Ron, competed in their first cookoff. “It was ribs,” says Yater, “and we had fun doing it.”

In 1993 when the World Pork Expo came to Indianapolis they competed again. Yater says, “Out of 50 or 60 teams, we got something like ninth and that was great, we thought.”