Investing in a Community Upgrade 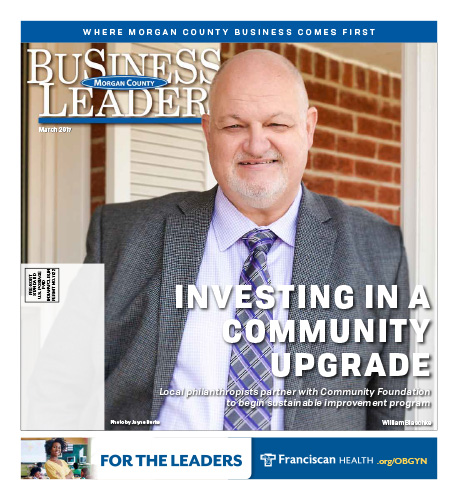 The Morgan County Business Leader reported in the February, 2017 issue about a $225,000 endowment given to the Community Foundation of Morgan County. The endowment represents a change in the philanthropic efforts of three local donors who wish to remain anonymous, but their story also represents a bright, new opportunity for Morgan County.

For years the donors have contributed to charitable organizations throughout Morgan County, according to spokesman, William Blaschke. “All three were born and raised here,” Blaschke said. “We have seen Martinsville (and Morgan County) at its best and at its worst.”

It’s the worst part that troubles them. The three came together and discussed their concerns for the community. “The poverty level is disastrous,” Blaschke said. “It’s such a strain on taxpayers and the county.” Although the trio had been supporting community efforts to reduce poverty, Blaschke said they kept seeing poverty levels going up. There was a cycle of generational poverty taking hold in the county.

“We saw that with our individual donations we were only hitting a little here and a little there. That made us ask if we were being effective and getting the biggest bang for our buck,” Blaschke said. The answer created a shift in their thinking. “We asked what if we were to pool our resources together and go after impact, something that would make a big difference.”

The group developed a three-tiered approach to their investing in the community: