Meet the Face of the Martinsville Chamber 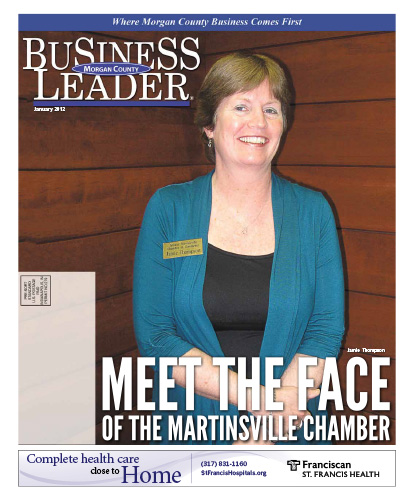 When speaking with Jamie Thompson, she has a tendency to reply using pluralities—using terms such as “we” and “us.” For instance, she might say, “We want to introduce you the right people, so tell us more about what you do.” When asked about what gives her the greatest job satisfaction, she replied, “making the right introductions, or getting the right idea to someone at just the right time. When I can help someone grow their business, or connect someone with a great idea with the person who can help get it done.” When talking about her goals, she says she wants to see greater success for Martinsville, for businesses to grow together, work together, and find ways to change the overall perception of the community for the better.

It’s no accident that her responses happen to perfectly align with the overall goals of the Greater Martinsville Chamber of Commerce. Jamie has served as the Executive Director of the organization since 2005, and though she’d be quick to deny it, the business community sees her as the face and voice of the Chamber.

Jamie grew up in Cincinnati, Ohio. She moved to Bloomington, Indiana, during her freshman year. She attended IU and received a degree in Optometric Technology. “I was the assistant to the optometrist,” explained Jamie. “When someone comes in, I did the pre-testing before they saw the optometrist, and then I measured the patient to fit their glasses.” Following graduation, she was employed as an optometrist technician for three years.

Jamie and her husband moved to Martinsville in 1990. Jamie took a total of 18 years off from the workforce to raise her six children. “I had five boys and one girl, and we home-schooled our children. I think we’re all closer because of that experience, and I feel very fortunate we were able to experience that.”

Jamie returned to part-time sales in the late 1990s. “I started out offering pre-paid legal services, then worked for Abby Candles up in Muncie, helping schools and churches with fundraisers. As I became more involved in networking, I helped found a business networking group for Martinsville. I was also a member of the Martinsville Chamber through all of that. I started helping the Chamber sell ads on its website. I would use those opportunities to help talk up the chamber.”

Jamie says when she first joined, the Chamber was still “pretty healthy. Then membership started dropping off drastically in the early 2000s.”

According to Jamie, membership grew again when the chamber increased its networking events. “We started consistently making time for individual introductions. It became clear how important it was to make time for those introductions. Each member or guest gets a few seconds to put their name out there and pitch their services. But even more importantly, the other members attach a face and a name with that business, and have an impression about the person behind the business. We grew rapidly, and today we’re around 220 strong.”