Put a Focus on Martinsville 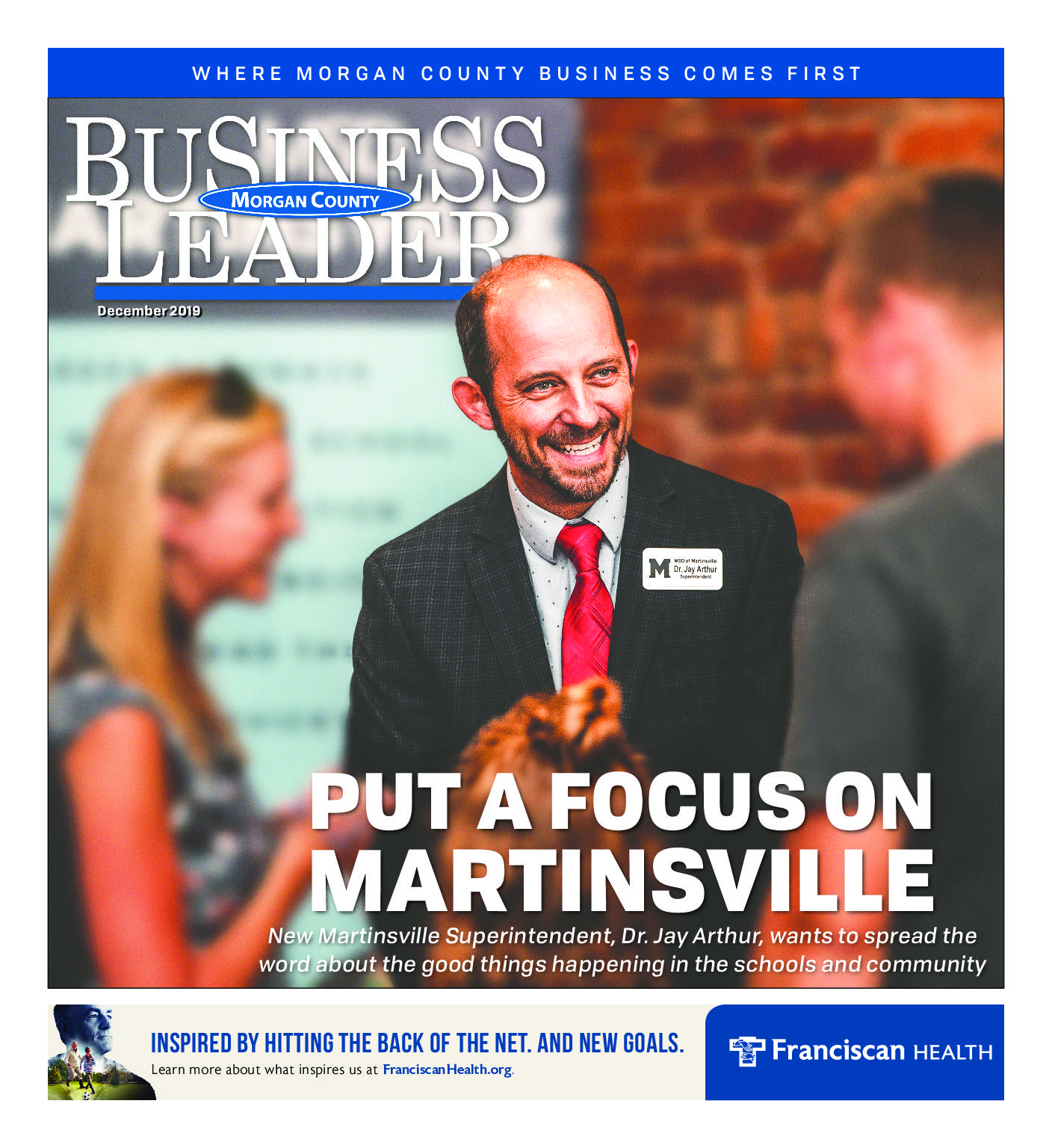 Many times, the choices we make in life as adults reflect our experiences as children. For one person, Dr. Jay Arthur, in his first year as Superintendent of the Metropolitan School District of Martinsville, it was his experiences with a cousin that fed his passion and purpose. “As a young man I had a cousin with significant disabilities that grew up in a world that was kind to him,” Arthur said, “but he definitely didn’t have the same opportunity as me.”

The experience had a profound influence on Arthur. In high school, he was paired up with a student with disabilities in a peer tutoring course. “I learned about different aspects of working with people that are different from you,” Arthur said. He was also paired with students with disabilities that he supported during the school day. It was in high school that Arthur made the decision to pursue education as a career.

Arthur was born and grew up just south of Morgan County in Bloomington. He went to college at Ball State and graduated with a bachelor’s degree in Special Education K-12. “I focused on students with significant disabilities in particular,” Arthur said.

He took a position teaching special education K-5 students in a Lawrence Township school. His path was winding after that. He was offered a full assistanceship. He ran tutoring services for all students in exchange for tuition to earn a master’s degree in Counseling Psychology. He returned to Lawrence Township as an itinerant special education teacher, carrying a load of 45 students with orthopedic impairments throughout the district.

He was then tapped to go to the Indiana Department of Education as the project manager for ICAN and ISTAR projects for the entire state. When it ended, he took a position with Pike Township for a year as an itinerant teacher along with administrative work under the Director of Special Education in the district.

Arthur left Pike Township to become the Director of Special Education in Carmel. He was there for 11 years. The last three he was also Director of Student Services. During his tenure there he entered the School of Education doctorate program at Indiana University Bloomington. It was December 2014 when he graduated with a doctorate in Educational Leadership and Curriculum Studies. On July 1, 2019, he officially became the Superintendent of the Metropolitan School District of Martinsville.

Some might see his path as circuitous. However, with each position he gained more insight and experience in different facets of education, students, and schools. He consciously stays in touch with all three still. This last year he attended his 29th Indiana State Fair in his participation in 4H and youth programming across the state. He takes on the task of chaperoning 70 kids and overseeing their participation in the State Fair. “I was a rural kid growing up, out in the woods with no internet,” Arthur said. “Countryside living led me to become active in 4H for 10 years.”