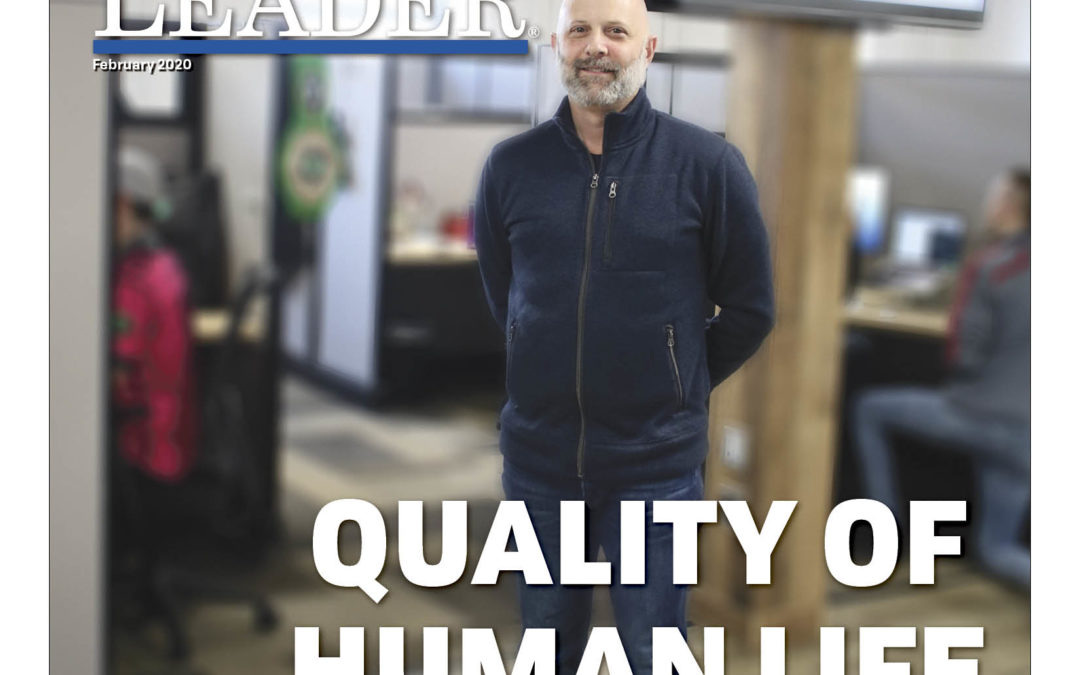 In John Lennon’s song, Beautiful Boy, there is a line that says, “Life is what happens to you while you’re busy making other plans.” Morgantown native Jon Speer was making plans when he went to Rose Hulman Institute of Technology. He graduated in 1998 with a degree in chemical engineering. But life threw a curveball. He found no job for the career path he intended in chemical engineering. Several of his friends had offers from Cook Industries in Bloomington and they encouraged him to apply there. He applied and was hired as a product development engineer. “It was not my intended field,” Speer said, “but it was fascinating. I would literally get a drawing sketched on a cocktail napkin and be asked if I could design it.” In the beginning, the job was just that, a job.

THE SPARK OF PASSION GETS LIT

Then, about a year and a half into the job he was asked a question. He was developing a new product that would be used during surgery for cardiac patients. He was asked if he would be interested in being present the first time the new product would be used. “I was going to be present at the first use of a product I had designed and tested,” Speer said. “Being present was exciting and then it became terrifying. I had the sudden realization that the human on the operating table having the procedure is a real, live human person and the product I developed would impact that person for the rest of their life.”

That was the moment the lightbulb went off for Speer and he began a passionate pursuit of the medical device industry. “I realized that the things I do as a product developer could have a great impact on the quality of human life. That idea became my North Star.”

He continued at Cook, soaking in all the learning he could over the next five years. He became a system engineer, documenting appropriate processes and procedures including on-going compliance and testing to ensure product and patient safety.

“I enjoyed the thrill of starting something from scratch and seeing it come to fruition,” Speer said, “but I did not like the career growth opportunities at Cook. I knew I needed a change from a professional career standpoint.”

He went to a startup contract development firm. The firm worked with medical device developers. His role was similar. Speer was building and documenting systems and consistent methodology to reduce risk to inventors and support their submission of designs to the U.S. Food and Drug Administration (FDA). He followed the U.S. quality system regulations as defined by the Center for Devices and Radiological Health (CDRH) branch of the FDA.

The position gave him a comprehensive understanding of regulatory and compliance requirements. “Something clicked and I got why the regulations were there,” Speer said. He said there are stakeholders, patients, doctors, clinicians, whoever interacts with the product and in order to protect their safety, there are different processes and procedures to follow. Documentation is the means to communicate what the product is and that it has met the requirements making it safe for use.