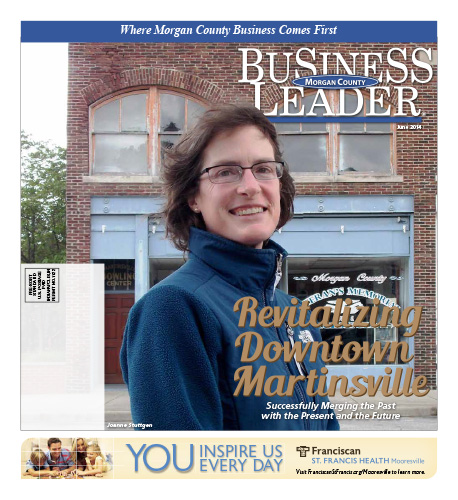 Successfully Merging the Past with the Present and the FutureThere are changes coming to downtown Martinsville!

A grant from the Indiana Office of Community and Rural Affairs for $250,000 was awarded to the City of Martinsville in conjunction with Rediscover Martinsville, for building façade improvements. Construction
is now getting underway.

The total cost for the project is $534,000. The balance of the funding has come from building owners, the City, not-for-profit organizations and private citizens. In fact, the generosity and quick collection of the additional funding in Martinsville as a whole amazed the grant administrators and state says Joanne Stuttgen, Rediscover Martinsville member and volunteer. “The community rallying and contributing private dollars to make the project happen to make the community better is unique.” That has made it possible for the project to get underway a short seven months after being awarded the grant. State grant money is never received until the matching funds are in place and having all the money for the project deposited and ready to go in such a short time shows the vitality of the community according to Stuttgen.

Economics are the blood that pumps vitality into a community and a vibrant, bustling downtown has long been an indicator of the health of a city. Businesses pursuing relocation options always want to visit the downtown districts of the locations they are considering. If they find vacant and neglected buildings, crumbling sidewalks and no pedestrian traffic, it leaves a very negative impression. And that is often followed by a notification that the city has been removed from the list of possible new sites for the business.