Sustaining A Legacy Of Service 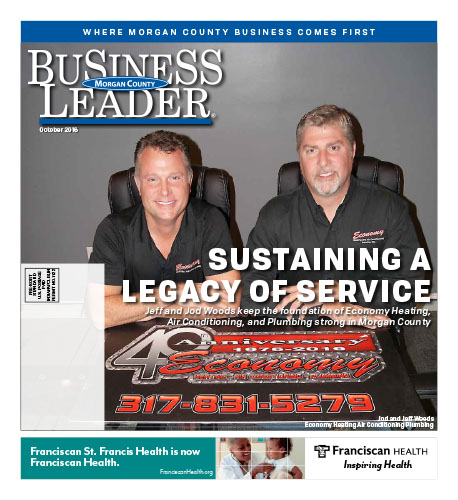 They did not know it, but Jod and Jeff Woods’ futures were determined in 1976 when their father, Jerry, started Economy Heating and Air Conditioning. It’s not just a trade business that they now run. For them, it’s a living legacy.
Both boys spent summers and weekends working side-by-side with their dad in his business. When each graduated from high school, they immediately became full-time employees; Jeff in 1982 and Jod in 1989.
“This is basically all I have ever done,” Jeff said. “I wanted to work with Dad and be with Dad.”
“Me, too,” Jod said.

About 2007 Jerry got sick, very sick. He had an incurable disease. “He had planned to turn everything over to us anyway,” Jeff said, “and when he couldn’t do it physically any longer, he set us down and said, ‘This is what I want to see…’”