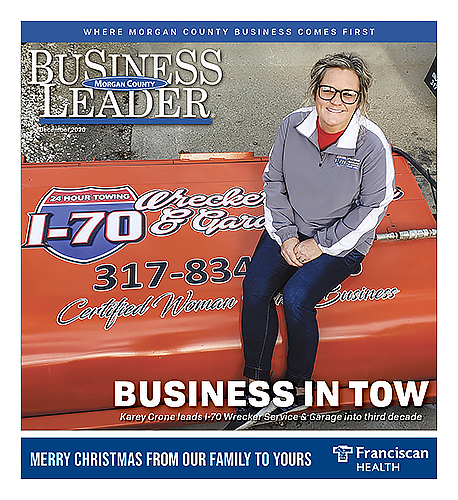 In September 2020, I-70 Wrecker Service & Garage celebrated 20 years in business. “I don’t know where (the years) went,” said Karey Crone, owner of the business. Things certainly have changed – sort of.

In 2000, her cousin, Chuck Blaschke, established the business at exit 51 (Little Point Ind.) off of I-70. Shortly after opening, Karey went to work for him starting as a secretary. Of course, being a small business, she was drafted into other areas of the operation. When Chuck was seriously injured in a car accident that claimed the life of his wife, Karey and Blaschke’s brother, Eddie, stepped up to keep the business running in the hopes that he would recover and return to his role as owner. Starting in mid-2005, Karey managed the office and shop and employee side of the business, while Eddie’s son, Ed, Jr., managed the wrecker side of the business. Eddie continued to run a heavy wrecker and Chuck never returned.